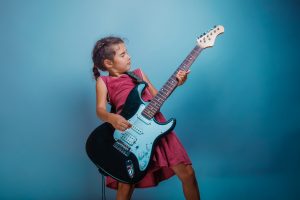 Have you ever discovered that someone had an amazing gift? Maybe that someone is you. It’s easy to discount it or think that it’s no big deal because it comes so naturally.

I remember when I heard music coming out of our daughter’s room and assumed it was the radio. When I popped in to check in on her, I discovered that wasn’t the case. Niki was all of nine years old and she had taught herself how to play a small keyboard by ear. I didn’t believe it at first, so she engaged me in a game. She asked me to name any popular song and she’d play it. Sure enough, she was able to effortlessly play every tune I requested. The funny thing was, she didn’t play like a kid. She played like a pro. She had never had any lessons but apparently had perfect pitch.

Niki asked to be homeschooled and within a year, she was writing and arranging music. By age 13, she was performing solo at local coffeehouses. Niki sang, wrote her own tunes, and played some covers. When it was apparent that our son Evan had the makings of a great drummer, they formed a trio with a talented, young bass player. I became their booking agent and manager. At age 12, Evan had his first paying gig. Niki was now 15 and also played electric guitar. Their band and their tunes were amazingly good. My husband Mark discovered his gifts and became their sound guy. Evan was also on our homeschooling adventure and we were having a blast! 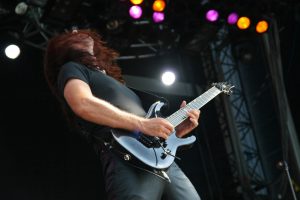 Turning a hobby into a business

Soon, other bands and solo artists began asking if I’d book them with our kids. They came on board under the “friends and family plan.” In other words, I booked them for free. I came up the learning curve quickly. I also discovered the shadier side of the music biz. I decided that someone had to protect young artists and help them move their talent forward, so I created a business called Next Stage Entertainment. Local towns found out about me and hired me to do monthly teen band nights. I booked large concerts and band battles as well. In 15 years, I screened well over 1,000 bands. I booked and mentored hundreds of them. Evan went on to be in other bands and I booked those as well.

Three years ago, I left this business to coach entrepreneurs. The local music scene had changed and so had I. A freak accident sent my life into a tailspin and kept me spinning for years. No matter what I tried in my new business, something still felt off. Has that ever happened to you? Maybe you tried another job or another career but it always felt like something was missing.

I realized I missed my bands and solo artists. Many of these young guys and gals toured (both nationally and internationally), opened for national acts, performed at huge festivals and events, got signed, and auditioned for shows like American Idol. Some got married and I attended their weddings. Others are still playing but in different bands. One, the talented Rainey Buscher, passed away from cancer two years ago this week. His memory and his music live on.

These young people did more than make music. They touched lives. They not only provided entertaining concerts, they wrote music that resonated with their fans. Where would we be without music? If you know my story, you know that music (specifically drumming) is what helped me heal. The arts matter.

Moving onto the next stage

I realized how much music means to me and so I made a decision last weekend. Life is too short not to do what you love. I need to be coaching musicians. I had been hesitating because of the old tapes that were playing in my head. You know, the ones that say things like: “You’ll never make any money doing that,” “Musicians can’t afford to pay you,” “You’re too old,” or “That will never work.”

Those will block your success and stop you in your tracks every time. So, ask yourself the following:

1) Are you honoring your gifts and talents?
2) Are old tapes playing in your head and blocking your success?
3) Are you in the right arena?
4) If not, what are you going to do about it?

I’m making some major changes to Rock the Next Stage which will cause me to lose some fans but gain others. I have to be true to myself and I have to rock. How about you? 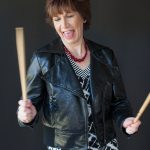 Dori Staehle is the Founder and CEO of Rock the Next Stage. She offers music mentoring for serious musicians to help them create a solid career doing what they love. Dori specializes in Christian artists and young talent but she has worked with many others. She is also a percussionist, drum therapist, rockin’ speaker, and the best-selling author of Find Your Divine Rhythm: A Creative’s Success Formula. If you’d like more information or to book Dori for mentoring or speaking, click here. PS: Niki still performs solo on occasion and Evan drums with the band at his church.