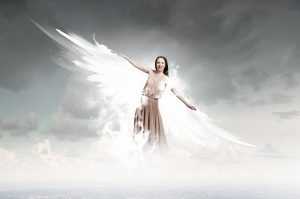 If you’re starting or expanding your business or career, here’s one thing you need to know: It’s more about mindset than money.

The number one reason people don’t move forward with their talent, business, or career is not lack of capital. It’s lack of confidence. They’re afraid. They might be afraid of what other people will think or that they’re not talented enough. Some are afraid of failure. Others are afraid of success. Signs of fear show up in the following ways: 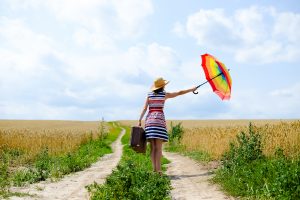 When you’re ready to crank things up a notch or “uplevel,” a shift begins to occur. Your faith in yourself and your mission grows. You stop listening to the naysayers or the negative thoughts in your head. Some start taking some small steps to test out the winds a bit.

Others have already been out there for months, even years. They’ve tested things out, gotten kicked around a bit, and made adjustments. They’ve stopped “dabbling” and started getting really serious. They can now see the big picture and they’ve seen some results. They know that this is where God wants them to be. They’ve decided that it’s time to stop struggling and playing small. It’s time to step up their game. 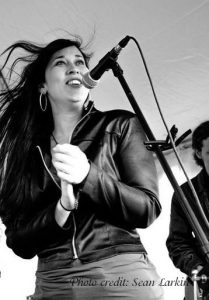 Back when I was a booking agent and concert promoter, I organized many Battle of the Bands competitions with teen and college bands. Each competition had a huge prize package, major sponsors, and really good judges. In 2008, I invited Rebekah Todd to enter because I had booked her before and I wanted her to be seen by one of the judges and sponsors, Dick Hodgin. Dick owns Osceola Studios in Raleigh where many big names have recorded. He is also a great producer. Everyone who competed won something but the winner got free studio time for a 2-song demo, $500, gift certificates, and an opening slot for a national act.

Not surprisingly, Rebekah and her band won the first round of one of the competitions. Unfortunately, she couldn’t attend the finals because she was booked to do a benefit concert and didn’t want to bail. As a result, another band walked away with first prize. And Rebekah never got to perform for Dick Hodgin.

Since then, Rebekah has had her share of disappointments and sometimes felt like giving up. Life on the road wasn’t easy and she didn’t see things turning around. I encouraged her to keep going because I knew it was just a matter of time. Well, she now has a new band, a great sound, and her calendar is fully booked. She’s playing much larger shows and huge festivals. In fact, Rebekah Todd and the Odyssey recently opened for Cee Lo Green! Once she decided to “Go big or go home!” things really took off.

Rebekah is doing a Kickstarter campaign to raise $30,000 for her next CD. Part of that money will go towards studio time at, you guessed it, Osceola Studios. She’s on fire and blazing a trail! Click here to help her hit her goal (and snag her new CD!).

As for me, I joined a high-level coaching program and finally tried drumming on the full drum kit. Life’s short. Might as well rock!

How about you? Do you think you may be ready for liftoff? What are you waiting for? 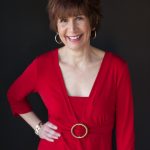 Dori Staehle is the Chief Encouragement Officer and Rhythm Maker at Rock the Next Stage. She lives in the Raleigh, NC area and offers business, success, and ADHD coaching for creative and talented people. Dori is also available for motivational speaking, drum therapy, and fun drumming events and is the best-selling author of Finding Your Divine Rhythm: A Creative’s Success Formula. If you’re motivated, talented or creative, and ready to take your business or career to the next level, click here and schedule your complimentary consult.