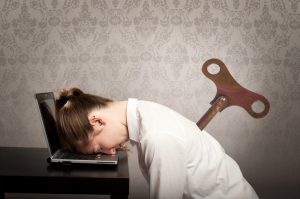 There is no doubt that today’s technology has created a nation of information junkies. But has it also created ADHD? Young people are especially susceptible to this addiction, giving them a new name: Generation Wired.

The ease and prevalence of technology have made us dependent on our cell phones, laptops, iPads, and other devices – and it’s rewiring our brains.

Thanks to technology, our eyes and our brains have become accustomed to rapid firing generated by the following:

– Rapidly moving social media feeds such as Facebook,Twitter, and Instagram, enabling us to quickly scroll through the latest “news”.
– Pop-up ads on computer screens, social media sites, and your TV
– Fast-moving tickers on Facebook and TV
– Fast-paced action generated by video and internet games
– Multitasking, reducing and enlarging screens, or simply engaging in a variety of media at once

My study The Gifted/ADHD Connection is based on over 20 years of research and case studies. The first connection was that my young clients were right-brained dominant and visual. They were also highly gifted and creative with IQ’s of 150+ but either were not previously tested or the IQ test was misinterpreted. Consequently, nearly all of these kids were mislabeled as ADHD. What most people don’t realize is that the traits of giftedness and ADHD are identical.

People with these traits also tend to have extremely sensitive central nervous systems (CNS), causing them to be hyper-vigilant to certain stimuli. This creates a rush of adrenaline and a “fight or flight” response. Consequently, these individuals are always “on”.

Considering the prevalence of technology, what if more and more of us are becoming more visual and right-brained dominant? If we are becoming obsessed with technology and media entertainment and even addicted to it, wouldn’t this create the same CNS sensitivities and adrenal overload? Here are some examples of being constantly connected:

– Cell phones are always in close proximity and always on.
– Laptops and computers are also always on, with numerous windows open.
– Teens who stay up all night online or on their phones (usually texting or on Twitter).
– Teens who “sleep text” (They wake up and text people but have no recollection in the morning.)
– Restless, impatience, or boredom sets in after just a few seconds, fueling the need to check phones or computers constantly.

Creating ADHD
Receiving information at the speed of light has its advantages. However, it has also created a highly-distractible and restless generation, with learning issues that were once reserved for a very small percentage of students.

Is this ADHD or TMI (Too much information)? Is there a correlation between increased technology and increased ADHD diagnoses? What are the long-term effects of the constant barrage of information, the quest for instant gratification, and frequent multitasking on the brain?

Necessary evil?
Most of us have come to terms with the fact that social media and media entertainment have become integral parts of life. However, for people who have difficulty focusing and controlling their impulses, social media, internet gaming, or video games can become true addictions. They receive such a dopamine rush, that they simply cannot disconnect for fear of missing something. Not only can this create ADHD tendencies, it can further exacerbate them in those who already had the traits.

Yes, technology is improving at warp speed and it appears to be changing the way we learn and communicate and possibly even the way we think. If you want to reduce ADHD symptoms, try stepping away from your computer and TV and shut off your cell phone for a while. Do something creative. Go for a walk, go out in nature, get some exercise, or bang on a drum (Yes, it really does help!). And teens- get some sleep! Your brain will thank you. 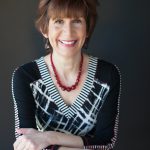 Dori Staehle is a former educational consultant and former owner of Next Stage Educational Services. She is now a drum therapist and ADHD coach who specializes in creative kids and adults through her new company, Next Stage Drumming. Dori has a variety of services that are all-natural, interactive, and fun and get fast results! Click here to request more info.