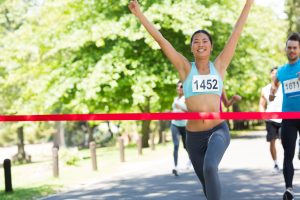 Why do some people give up while others persist? Success often boils down to one question: How much do you want it?

This is what lifts entrepreneurs and creative types from amateur or hobbyist to professional status. It’s what separates those who are just dabbling from those who are willing to push and make the sacrifices needed to succeed.

I’m a former runner. Originally, I started running because I needed some extra credits in college. I thought that taking a running class would also be a good way to keep my weight down (College put on a few pounds.), blow off stress, and harness my extra energy (I hadn’t discovered drumming yet.). Since I had never run before, my running times were abysmal. Eventually, I became fairly good at it and began to seriously train. I also kept a running journal to chart my goals and progress. I learned the hard way that good shoes prevent shin splints. 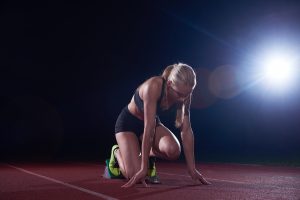 Entering local races became a favorite pastime for years. The races were always benefits for a good cause, so it was a win/win. I liked to challenge myself and for every race, I had a target finish time in mind. I wasn’t competing with anyone but myself.

As I was coming down the final stretch of a race, the men I was running with told me to look around. All the women were behind me. They encouraged me to sprint and go for a women’s medal. Now, I had never been on any running teams or won any medals. It was never high on my priority list. However, that day I decided to go for it as the crowd cheered me on. Running went from just a weekend hobby to something more serious. I still have that medal.

I’ve worked with hundreds of bands and solo artists and many entrepreneurs and creative types. When disappointment sets in, I remind them that there is no such thing as an overnight success. It takes focus, practice, motivation, determination, and a strong desire to succeed. If you really want something you have to decide how badly you really want it.

Most have no idea how much work is involved. They just assume they’ll set up a website or show up for a gig and boom! Tons of money will just start rolling in. Well, here’s the deal:

If you don’t want it badly enough, there is someone right behind you who does.

That person will put in the time, connect with the right people, start that business or non-profit, patent that invention, or get those big shows or speaking gigs, and gain more clients, fans, and income. They’re not necessarily smarter or more talented. They just chose to push off the starting line and they kept on going.

Have you ever pushed yourself to do something you thought you couldn’t do? Feel free to comment below.

Dori Staehle, MBA lives in the Raleigh, NC area and is the owner and Chief Encouragement Officer at Rock the Next Stage. She’s also an inspirational speaker and success coach, plays percussion in a band, and is the best-selling author of Find Your Divine Rhythm: A Creative’s Success Formula. Dori uses coaching and therapeutic drumming to help people reset their mindset, focus, and succeed! She specializes in creative kids and adults, musicians, and anyone with ADHD traits. Click here if you’d like to schedule a complimentary consult or to book Dori for drumming or speaking.